How To Turn A Woman On Sexually

Take it from the ORIGINAL dating coach — you DON’T need any “pickup lines” or canned material to EFFORTLESSLY attract any woman you want. Watch this free video now to learn what the “pickup artists” & “seduction gurus” don’t want you to know…

So you want to know how to turn a woman on sexually. Sex is an important part of any relationship, and if you want a woman to keep coming back to you then you need to know what you’re doing. All women want to have sex with the man they’ve read about in the romance novels. Women are turned on by powerful, confident, self-assured men.

If you want to learn about women, instead of looking at pictures on an online dating site and mass emailing them with some generic email, why don’t you read through what turns them on? If you actually spent time reading about how to turn a woman on, you would actually become that man. Not one woman online is looking for a soft, wimpy, wussy man. 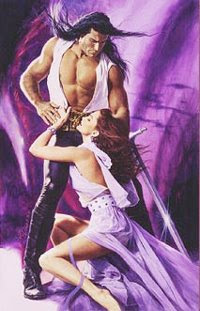 They are looking for a man that creates passion and desire in them. So how does a guy do this? And can any guy do this?

So what is the key to getting a woman totally connected and turned on to you? . . . it’s to open your ears and listen!

Most men don’t listen. Most men buy into all the garbage that’s available on the internet of the so-called “pick up strategies” and think there’s some magic thing to say in every situation to meet a woman.

You know what the magic thing to say is? Sometimes nothing.

She doesn’t want to hear about the amount of money you make, or the new car you bought, or how good you are at XBox. All she wants you to do is listen and connect with her mind.

So how do you turn her on? Well, don’t be a wimp and ask her to hang out with you. Tell her where to meet you . . . and make it somewhere interesting.

Don’t just make a boring reservation at a restaurant. Challenge her to a game of pool – the winner get’s a great massage. Challenge her . . . be gutsy.

Recently I was IM’ing this woman, and she said to me “It’s been so long since I’ve had great sex.” Most men would change the subject or not know what to do. I said, “Well, let’s make it happen. What is great sex to you?”

We then proceeded to talk about sex for the next 25 minutes, and she gave me the roadmap to having great sex with her. All I had to do is get in the car and drive.

When they drop hints, you need to be the alpha male. You have to have the balls to ask her what she’s really thinking. You can’t play it safe. Most women don’t get turned on mentally or physically by safe.

They want sex as much, if not more, than you. It’s time you learned how to be the alpha male so you can be enjoying real connections with women every single day.

If you want to find out what women truly desire and what they truly fantasize about, and what makes YOU the kind of man that women are irresistibly attracted, then you need to check out my “Girls Tell All” Audio Program

Take it from the ORIGINAL dating coach — you DON’T need any “pickup lines” or canned material to EFFORTLESSLY attract any woman you want. Watch this free video now to learn what the “pickup artists” & “seduction gurus” don’t want you to know…

1.7 million men & women come to me every month to find the secrets to success. And after 20 years of coaching, I’ve discovered the golden keys to success in dating, business, health and wellness, and life.

I’ve helped millions of men and women around the globe achieve success in their dating, social and personal lives. I’m also a father to the world’s cutest little girl, and I am an unapologetic man. Some say I’m nuts, others say I’ve changed their life forever. One thing’s for certain: I’ll always give you the truth, whether you can handle it or not. I never sugar coat anything.

Nice is so overrated. I’d prefer brutally honest breakthrough to a “nice” rut any damn day of the week. If you’re the same way, then you've come to the right place.

Don’t Be A Slave To Your Dick

Do You Have a Gift That Keeps on Giving?

Do You Understand Sexual Tension?

Nice issue.Nice... I would hope this goes in my case,but at 18, turning 19...not many girls are into this stuff.Or should I get an older one?:) Anyway I keep growing everyday, at least I think and the number one realization that I made over 1 year and a half since I've been reading the blog and so on, is that I HAVE TO BE ME. Me, not the person that people like, me, if someone doesn't like me screw them. It sound corny and over-rated but it's true.I found out that the best succes I've had is when I was myself and not when that inner voice told me what to do and beat me up. I gotta say again thanks for the blog and for the realization. Btw I got a gift from my ex, a stuffed animal, a bull :) and she was the person I shared the most feelings with.We're friends even now.The ideea is to remind myself who I am(when I see that bull) and to get over some situations when I sometimes think that I'm the actual problem in some situations. She told me this:"dude,keep your colors." I think I've said enough. Hope you didn't get boored reading this :). Mike
Reply

Very powerful David. "Listen, and connect with her mind!" Its definitely about creating the environment for her where she knows I'm in total control so anything she says or does will be safe. Wednesday's podcast should definitely continue on this subject.
Reply

Hey Mike, that realization you had sounds really profound. It's all about being and accepting the real self, and stopping to try to be the person everybody around us would like us to be. About age? Well, let me tell you, I would be glad if I had this kind of realizations and access to this information when I was 18. You are in the right age to begin a fantastic journey, and this community is a perfect starting point! M.
Reply

Thanks Marcus.Well, I would love to talk to people about these kind of subjects but I don't have many around me that actually think at this level. I really can't join this community,I'm from Romania,Eastern Europe and I can't afford it.But that's alright.I will keep reading the blongs and who knows actually get to meet and talk to some interesting people :).
Reply

I have done exactly what you say about really connecting with women and I have connected with more than a few. The thing is, it seems when I do connect I end up in the friend zone. wtf??
Reply
FREE INSTANT ACCESS

1.7 million men & women come to me every month to find the secrets to success in dating, business, health and wellness, and life. Now it's your turn.

Get FREE Daily Advice From David:

Subscription successful! Check your inbox for your welcome email!
Sorry, there seems to have been an error. Please try again later.

1.7 Million People Every Month Get Their Free Daily Advice About Life, Relationships & Personal Transformation — Now It's Your Turn.

Click Below to Sign Up, Get 15% OFF Your First Program & Start Your Journey of Personal Transformation TODAY!

2.2 million men every month come to me for the secrets to success.

Trust me, after 20 years of coaching, I’ve discovered the 3 golden keys to success in dating, business, and life. Get these and you’ll...

Do you want to know that inspires me?

Waking up every morning and helping 75,000 women all over the world finally understand men and get the love you truly deserve...